I'm no expert on 289 FIA Cobras, but I would have thought they were all either the same or very nearly the same given that they competed together on events like the Targa Florio. So it would seem logical to me that they would have been prepared to the same spec, although they probably evolved though during the race season as a result of repairs and upgrades, so it would depend on what point in time you chose to replicate any of them.
They're not consecutive chassis numbers though (CSX2259, CSX2260. CSX2301, CSX2323, and CSX2345), apart from the first two, so thet could be different. 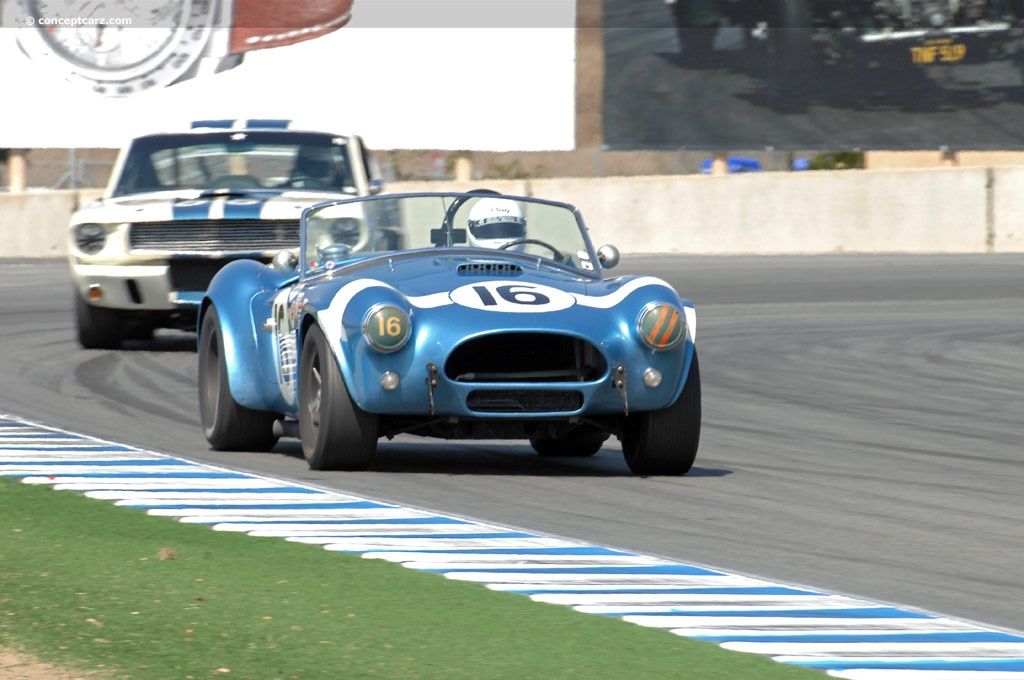 Dave ,
I think that you are highlighting that Cobras generally were developed over each race with both factory and privateers racers. As none of us were closely involved with the Shelby team in 1964 it might be rather difficult to determine the shape of the five FIA originals. There is always that suspicion that they may have developed their shape over the five models.

I think we can agree that an FIA model had the doors cut the opposite way to other Cobras and that they had added the oil cooler scoop and they had the large offset fuel filler. To go racing in Europe they were forced by the FIA ( hence the model name) to have the bumps in the boot for the regulation suitcase. All the photos I have seen all have larger rear arches to cover the wider alloys. Whether the first two models started off with the Le Mans style front arches before getting the smooth curves I cannot say but most photos again show the smooth arch in tandem with the other FIA features.

Of course it's personal taste but if someone wants the extended mk2 arches style as seen in Nik's first photo and not the larger full flare as I believe we're used on the FIA then they should go for a Le Mans style car. I am sure many will disagree but heh it just my point of view.
Peter C
Top

Some more of the laser cut and folded chassis brackets arrived today.
I've been able to offer up the springs and the mock up wishbones and uprights on the rear.

Maybe my english is not good enough and i missed it, but will there also an option be available with normal shocks? From my very personal point of view, i would not sacrifice handling and performance for a nostalgic look

There are plenty of options for all types of suspension out there, what Dave is doing is quite specifically accurate, and whether it would be practical/financially viable for him to offer a coilsprung chassis with an FiA (or even 'stock' 260/289 roadster) body is another question!
Hawk 289 FiA...AT LAST!!!
Top

It shouldn't be too difficult to fit the FIA/289 body to a 427 chassis.
The only real difference to the body mounting is the front nudge bar mounting position.
For a complete car minus engine and transmission I am estimating around £55,000 - £60,000.