So I learnt something new today that I thought worth sharing. I fitted my 289 with a Smiths electronic speedo driven by an induction sender which counts the flange bolts between diff and prop shaft. All appeared to work fine and it calibrated fine and read correctly at the IVA test. But then I started experiencing problems after running a few miles on the motorway with speedo dropping to about 30-40 when I knew I was doing 70. If I stopped and restarted it would sort itself out but not long before it would go wrong again. On just one journey (to Silverstone) it went the other way and started reading 160mph.

I'd been scratching my head assuming it was how I'd mounted sender and today I rang speedy cables to see if they could recommend a gearbox fitting sender.

But guess what - turns out I'm not alone. They'd had a number of problem cars and had done a bit of research why. They discovered the bolt pattern on the Jag diff flange is not symmetrical. They form a rectangle rather than a square and so the interval between the bolts passing the sender are not quite equal. Not a problem at slow speeds but if you travel any distance on the motorway at higher speed the irregularity of pulses can cause the logic in the speedo to get confused and it can start to discount what it thinks as irregular pulses and recalibrate - hence it dropping to a lower speed.

The solution? Apparently to fit just 2 L shaped lugs on 2 of the prop bolts that are directly opposite each other. These can then give a consistent pulse. The lugs can be made out of a bit of angle iron. They are held on by the bolts, with the L leg standing proud of flange pointing backwards towards diff (to avoid catching debris). The sensor then recognises these as the pulse generators. Obviously the speedo needs to be recalibrated to expect 2 instead of 4 pulses per prop revolution.

Has it fixed problem? I'll let you know next time I go on a longer run!
Top

Do the special Jaguar bolts allow for the addition of the flanges? It is important to use genuine Jag bolts and not bog standard High Tensile ones as they are special fit.

What gearbox are you using? Would it not be better using the gearbox sender?
Cheers, Clive.

At a meeting of CRC guys recently they discussed using a ring with a magnet attached to the prop-shaft. It was important not to have the sensor positioned too close.
Peter C
Top

Here's a couple of pictures showing the speedo sender fitted to my T-5 gearbox. 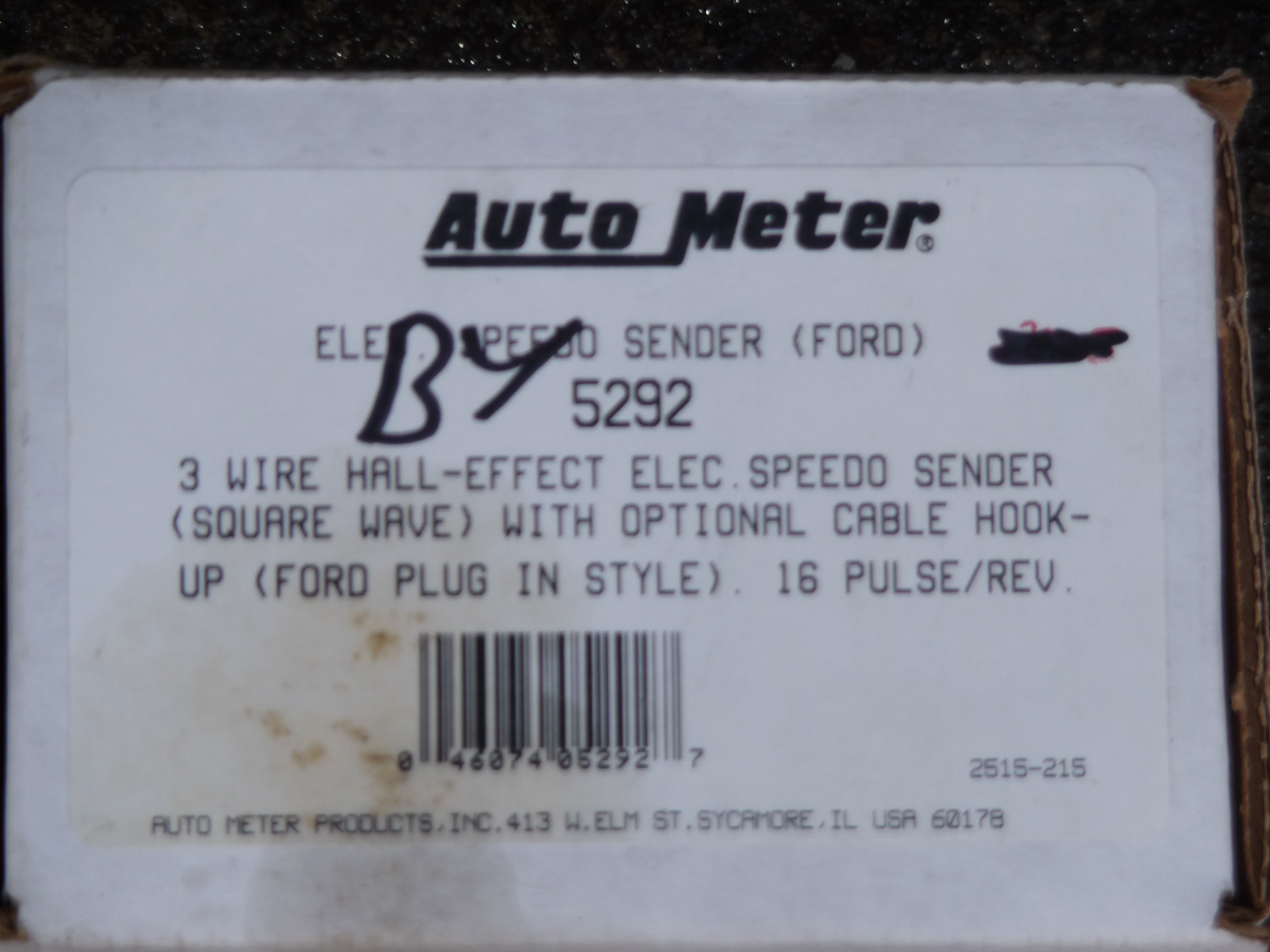 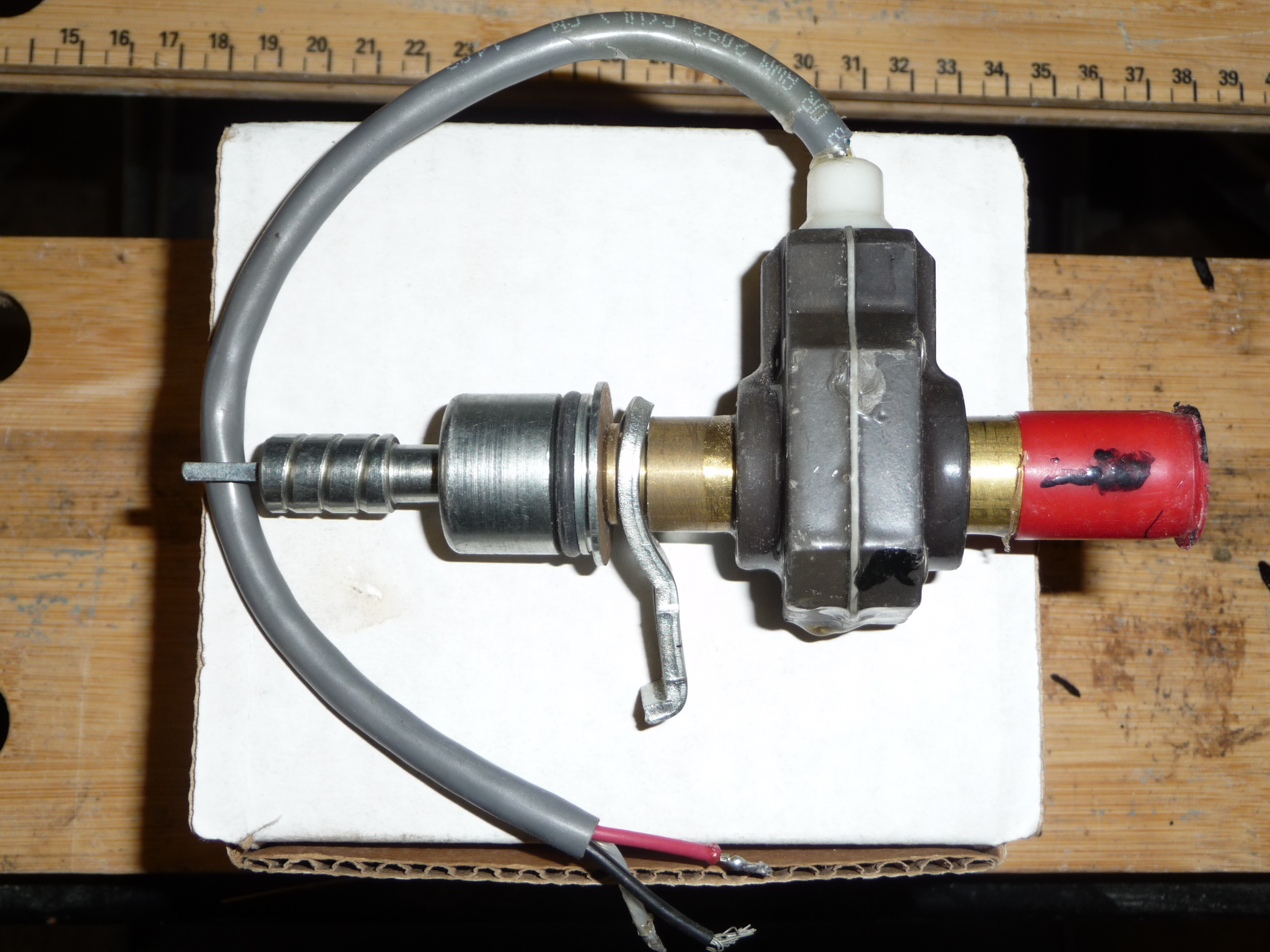 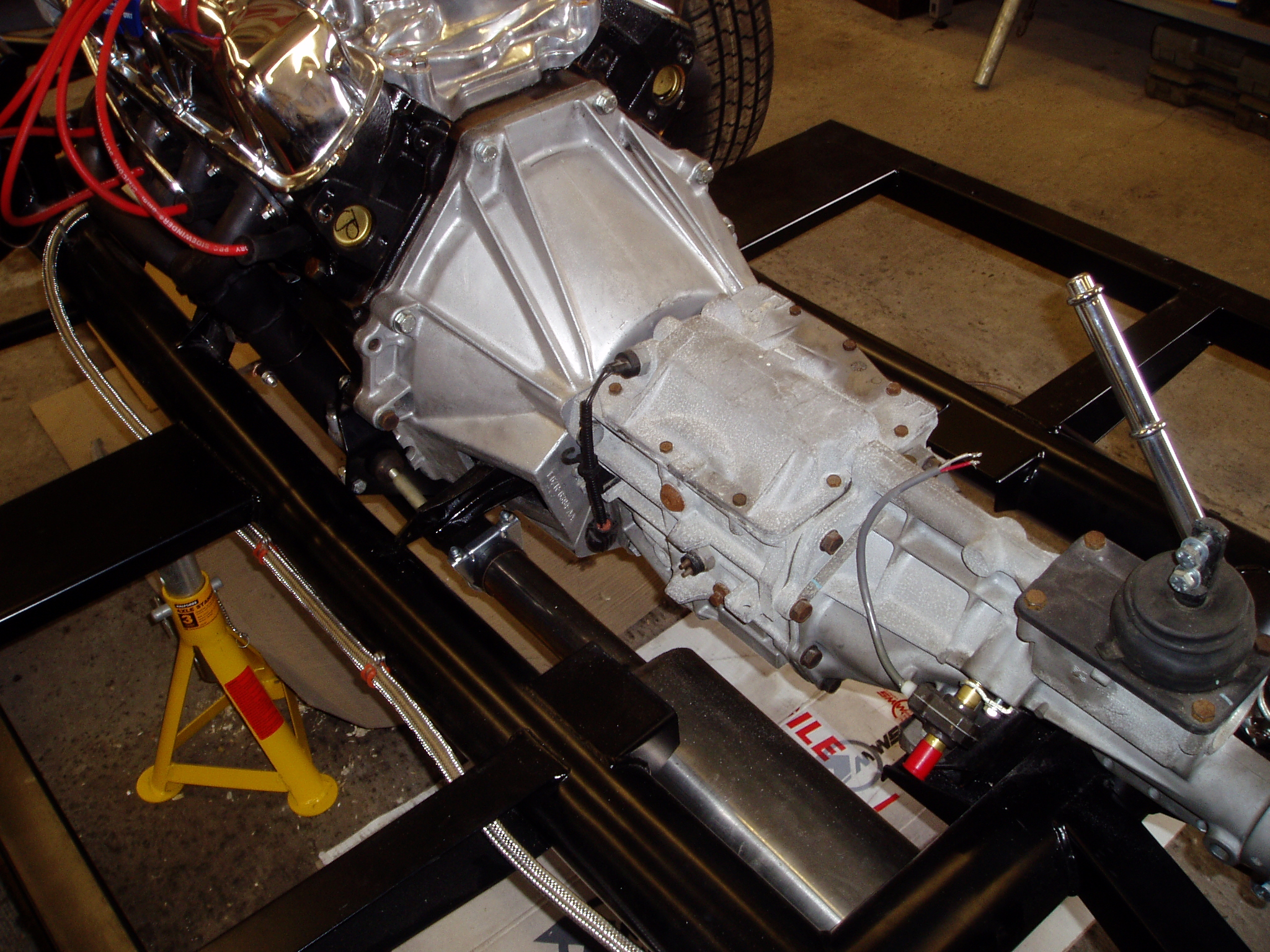 I've been having the same problem with the speedo.Worked ok at slow speed but all over the place over 50.I had used the prop shaft bolts to make 4 pickup fans so have removed 2 of them and recalibrated,been out today and worked a treat.One of the problems before is the odometer shot up from 700 to 3900 and now reads 4600 although I have done less than a thousand.Hope this is sorted now as insurance is limited mileage.
Top

Late reply - I got bolts from local specialist bolt shop (permafast) and cut length to size to suit diff/prop. Its a bit of an awkward job to get the bolts in and the nut on. Bolt has to go thru from the prop shaft side as not space to get in from the diff side. Was not aware of special Jag bolts? Mine appear to fit nice and snug. Do Jag do anything special?

Clive - thanks for picture of sender. I rang up speedy cables to ask about getting something similar (mines a Tremec T5 Worldclass) amnd it was then that they told me about the issue of non-symetric bolt pattern. I've fitted the bits of angle iron, bolts still just long enough to accommodate. So far so good!
Top

As far as I remember, the correct Jaguar bolts have a slightly thicker collar and are a tighter fit than bog standard bolts to prevent any movement between the diff flange and propshaft. My advice would be to get the proper ones.
Cheers, Clive.

HI Jerry
My high tensile prop bolts I bought off the shelf failed IVA because of not enough thread showing past the nut. I replaced with Jag bolts which I discovered are tapered and self centred. This is to help insure they stay balanced. So from my point of view it was a great catch by the IVA inspector. Its worth getting proper Jag bolts!I agree with Clive.
Cheers John
Built St Piran Hawk289FIA in Scotland!
Top

A late update but just to say the couple of bits of angle iron on symmetrical prop bolts sorted the problem. Recalibrated to now work on 2 pulses per rotation rather than 4 (takes a minute only) and now spot on. My prop bolts appear ok. I bought bolts specifically for the hole size and cut to length and no issues. Permafast are the bolt suppliers and can supply pretty much anything needed. Cheers
Top
Post Reply
9 posts • Page 1 of 1