Roger King wrote:Nige, use photobucket or similar. It's free and you can embed as many photos as you like. I've given up trying to post pics direct to the website due to error messages and full quota stuff etc.


Hi Roger, I do use photobucket on here, but it only lets me post three at a time for some obscure reason

This has the makings of a really interesting thread, keep going Nigel.

Nige, exciting project you have there and nice work thus far.

Well, things are moving along in the planning stages and thanks to Alan (CatsX11) I've now got all of the measurements I need...I think

He's managed to scale everything up from photos that I sent him & has given me all of the dimensions that I was unsure of...... Thanks again Alan

It's just soooo much harder trying to research all of this from photos instead of having an actual car to walk around & study/measure. I know that I'm making things harder for myself by buying a 427 shell, but I really do enjoy a challenge & having something that makes me think about how to solve problems, plus it was cheap,. so it made sense to me.

Now I've got the measurements, I've been able to start making the lower "letterbox" grille apperture for the front valance, well I was, except I've now had to stop to do "household" stuff grr!!. Because this shell is going to be the buck for the aluminium body, I don't really need to make this piece or fit it to the car, as it'll be made in ali when the shell is being made. I just thought I'd make a quick one from a bit of old steel, just so that I can see what it's going to look like & see if there are any aesthetic problems, before it's made in aluminium. I'll cut the hole out for it in the valance so that it can be loosely fitted, plus it'll aid the fibreglass work to have the hole there. In having the hole there I can cut & trim the fibreglass to shape with a Stanley blade whilst it's stiil "green", which is easier than trying to cut the fibreglass once fully cured. "Green" is a stage in the laminating process where the 'glass has semi cured so that it holds it's shape, but can still be trimmed easily with a blade. All trimming whilst the 'glass is in the mould is generally done at the green stage wherever possible, depending on how the moulds are made. Having the hole in the 'glass panel will also aid the manufacture of the ali body.

Going from Alans measurements, my shell is just under 2" (in old money) wider per side across the rear arches than 39PH and the tail lights are a similar distance too wide. I now need to plan the best places to cut this so that I end up with a minimal amount of repair work to do, without losing the shape. Planning ,planning, planning, measure, measure cut once

Yes, I understand exactly what you are going through, having done exactly the same myself when I built my 39PH replica 25+years ago.

I started with a 427 bodyshell, reworked the nose, oil cooler scoop and added the brake vents, recreated the Le Mans-style spatz on the rear of the front arches, and reprofiled the rear arches as you intend to.

For me though, the hardest part after converting from left to right-hand drive was making the Le Mans hardtop from a standard shaped one, but I think you`ll agree that the results are pretty fair for an amateur builder: 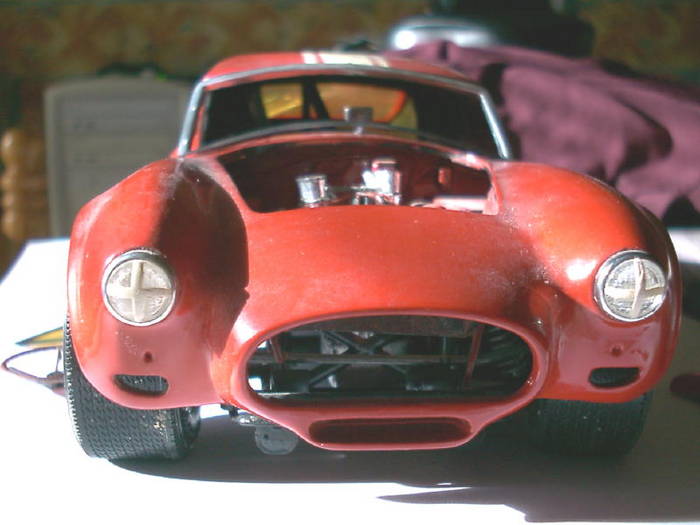 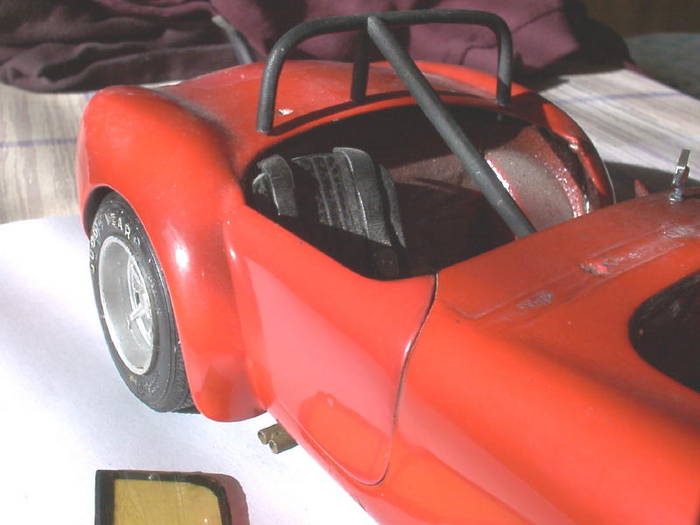 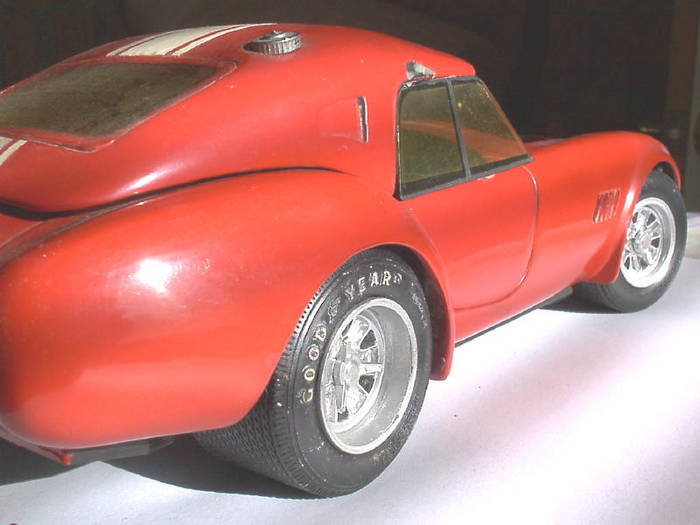 *Maybe should have mentioned that it is 1/16th earlier?

nikbj68 wrote:Yes, I understand exactly what you are going through, having done exactly the same myself when I built my 39PH replica 25+years ago.

I started with a 427 bodyshell, reworked the nose, oil cooler scoop and added the brake vents, recreated the Le Mans-style spatz on the rear of the front arches, and reprofiled the rear arches as you intend to.

For me though, the hardest part after converting from left to right-hand drive was making the Le Mans hardtop from a standard shaped one, but I think you`ll agree that the results are pretty fair for an amateur builder:

That made me smile.

I didn't bother converting mine to RHD.

This is going to be great. Really looking forward to following this thread.

Nice work already Nige and really fascinating to see how you are going to tackle each obstacle. I envy the creativity and skill.

Wow!! Nik & Clive, they're really good, I guess that it's probably harder to modify models than it is the real thing as they're just sooo small & fiddly to work with . Nik, you've just reminded me, I've one of those Cobra kits lurking in my attic somewhere amongst all of the stuff that I'll never use that is kept up there

I've deliberated long & hard over how I want the car to look for some time now & have settled on the 39 PH & 644CGT look as I just love old race cars and these to me, are just about right. I've now got to make a few decisions on which styling cues to use from each of these cars, or whether to just replicate one of them entirely. Here's my dilemma, I like the swage line/lip around the rear arches on 39PH, but I'm not a great fan of cutaway doors. 644 doesn't have cutaway doors, and I like the more curved shape of the rear 1/4's behind the whees, but would prefer them with the wheelarch swage of 39PH. I like the shape of both front arches, the extended 289 ones on 39 PH make the car look older, whereas the ones on 644 look more "racey". I like the "letterbox" style lower grilles on both of them, as it looks like it's been added afterwards (which it has) and in doing so takes it away a little from the kit car look a bit more ie it looks a bit more bespoke. On 39PH the letterbox grille is fitted into the 289 style opening & has the wired edge around its "mouth". On 644 it's just fitted straight into the valance, which to my mind looks better, which is the way that mine will look.

So, here's where I am at the moment, do I go with 39PH style front arches or 644's? Then do I mix & match the parts I like on the rear 1/4's ie have 644's more rounded 1/4 panels, but with 39PH's swaged arch lip? The final thing is, when the aluminium body's made, do I leave it bare aluminium or do I paint it? I'm really struggling with this one

. If I paint it, should it be red? I must admit I do think it'd look evil in black with white stripes, but I really like red also, but then I also think it'd look cool in bare aluminium. Maybe it should just be a straight replica of one of the cars, again, it's a big decision to make. I just want to get it so that it looks "right".

Thanks for the positive comments, they're appreciated, I just wish I had a little bit more spare time at the moment to crack on with it.