Def 39PH from the options presented. My weak spot has always really been COB6041, but then this is based on a slabside as per my car.

I would like to 'evolve' my car in this direction but don't have the skills.

Not changed a huge amount since it`s period racing days: 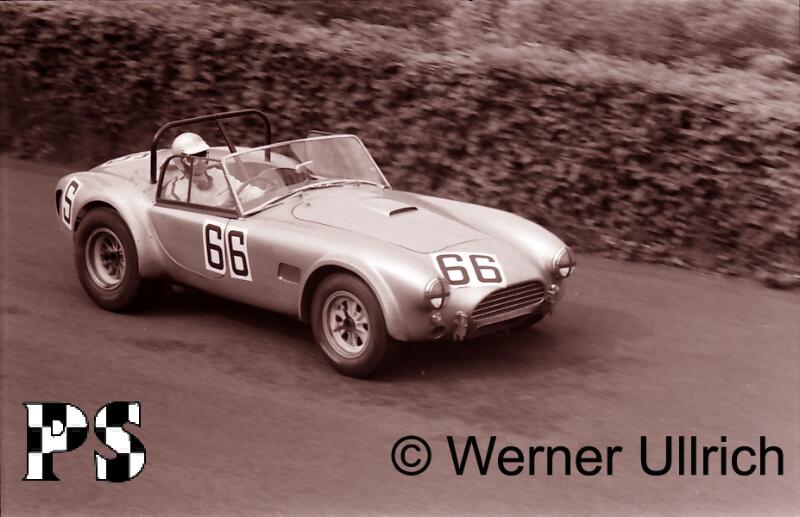 BUT it has varied on occasion, at Spa & Goodwood, the year after: [quote="dwoodwar"]Def 39PH from the options presented. My weak spot has always really been COB6041, but then this is based on a slabside as per my car.

I would like to 'evolve' my car in this direction but don't have the skills.

That's a really nice looking car and isn't too difficult to replicate. To extend the wheelarches is quite simple really, especially on a 'glass car. It's just a case of splitting the outer face from the arch itself, but leave around 5mm of the "top" of the arch attached to it & then put in a filler strip between that & the arch section on the wing & then blend it all in.

catsx11 wrote: So Nige, as for your question about a race inspired car, I at first was worried about mixing 'styles' of one with another, but what is an original? They all seem to differ for one reason or another.

I've been "collecting" images off the 'net of cars & styles that I like for reference, and I've now got over 1000 of the damn things. In doing so, I've come to the conclusion, like yourself, that there really is no right or wrong style wise unless you're going for concours originality. The race cars all seem to have morphed over the years into the cars they are now & changes have been made as a racing necessity as opposed to styling. I'm taking the styling cues from the cars that I like and I'm trying to make my ideal car. I just hope it looks right, not like the Frankensteins monster I created when I tried to mentally put all of the good features of past girlfriends into my vision of my ideal girl

Prior to asking the question above re wheelarches, I'd already worked out how I was going to do mine & where I was going to cut them, having used Alans measurements once again for reference. I had a few minutes in between coats waiting for some primer to dry, so I figured I'd make a start.

I wanted to keep the bottom of the new lip in line with the bottom of the old fibreglass one, as having looked at loads of photos, the arch should sit nicely over the tyre at this point with the amount of drop the suspension will have. I decided I wanted to make the arch 30mm narrower than it was, so I marked out the cut marks in indelible pen & then taped the line to cut

I wanted a bit of a flared arch to the rear to stop all of the stones & water coming down the sides of the car, so this was left slightly wider at this point & forms pretty much a striaght line down from the top of the arch centre.

Using a 1mm cutting disc I then cut off the arch