I’m sure Nige will be along shortly to tell you what a PITA my shell was....

Hi Si, the reason there appears to be a lot of repairs is that we try to get the cars as straight as possible, according to the customers budget. Some of the repairs, such as on the sides, are to remove the slight shallows that are on the doors and wings, as are the ones on the tops of the wings, 1/4 panels, cowl, rear decklid and bonnet. Gerrys' shells are really well made, and out of all the fibreglass cars I've worked on over the years, they are definitely one of the best out there. But, in saying that, there's still room for some improvement, hence the added repairs you see. Some of these are also where we discovered air "voids" in the gel coat.

All fibreglass cars, without exception are prone to having air pockets trapped between the gel coat and the 'glass itself. The very first thing we do is put the car through a heat cycle in the booth for an hour at 40-45 deg. If there are any air voids, they will come to the surface of the gel at this temperature. Once the voids have been found, we then put the shell through another heat cycle for a further hour, just to be sure there aren't any we've missed. With the voids, we grind them down until we reach a point where they don't exist and then we repair from there using a fibreglass and kevlar mix, followed by a light skim of filler. I've seen some garages repairing voids by just digging out the air void and filling it, this will come back to bite them at some point on a hot sunny day. The only way to deal with these is to grind them right down. That one small void can turn into a repair that's 4-5" diameter. We easily get between 60 and 80 hours in body prep prior to the paint process.

Here's some photos of it just after spraying. Hopefully the side views should show how much straighter they are, and one shows the clarity of reflection. It's a gun finish in these pics and video. 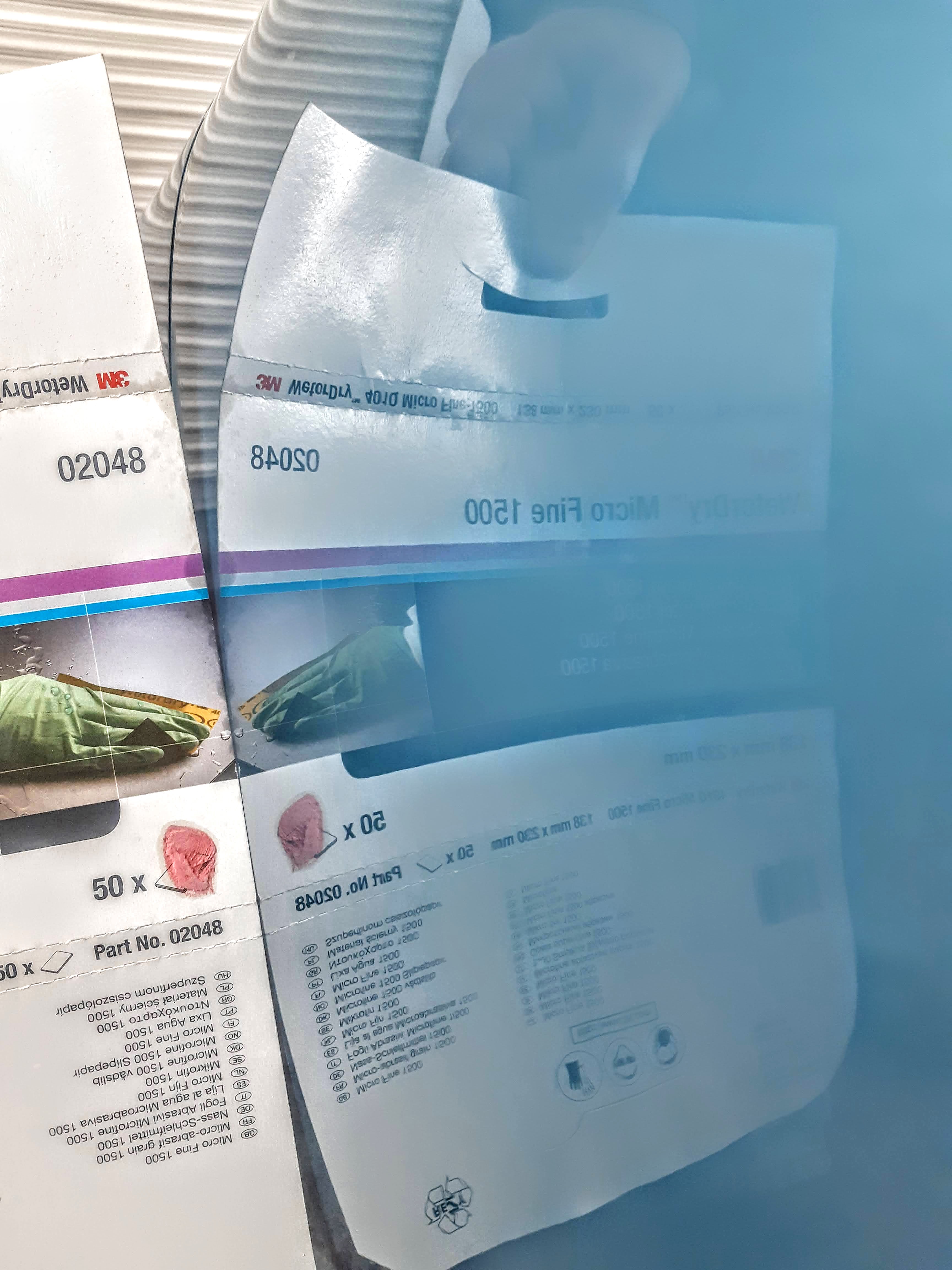 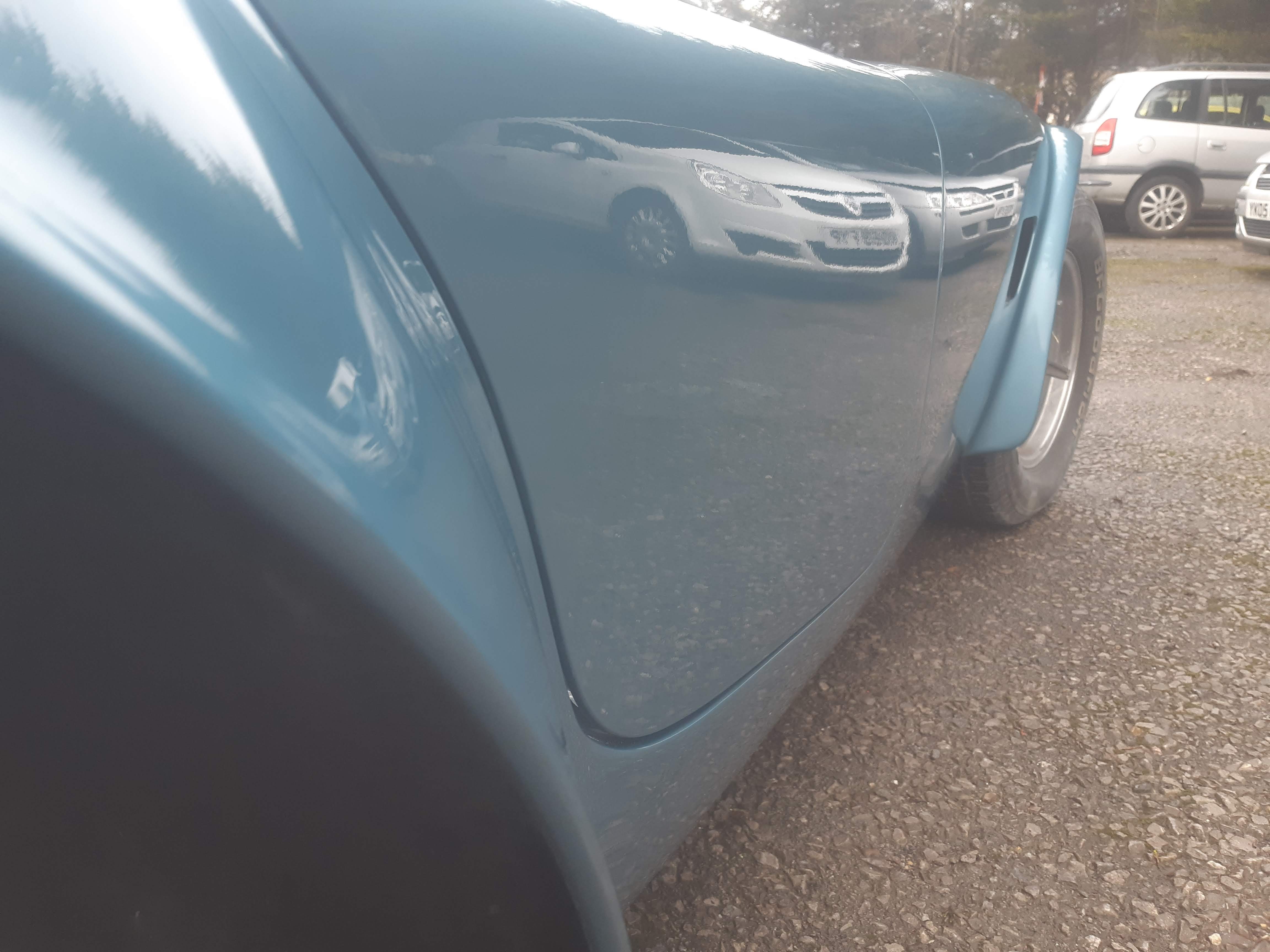 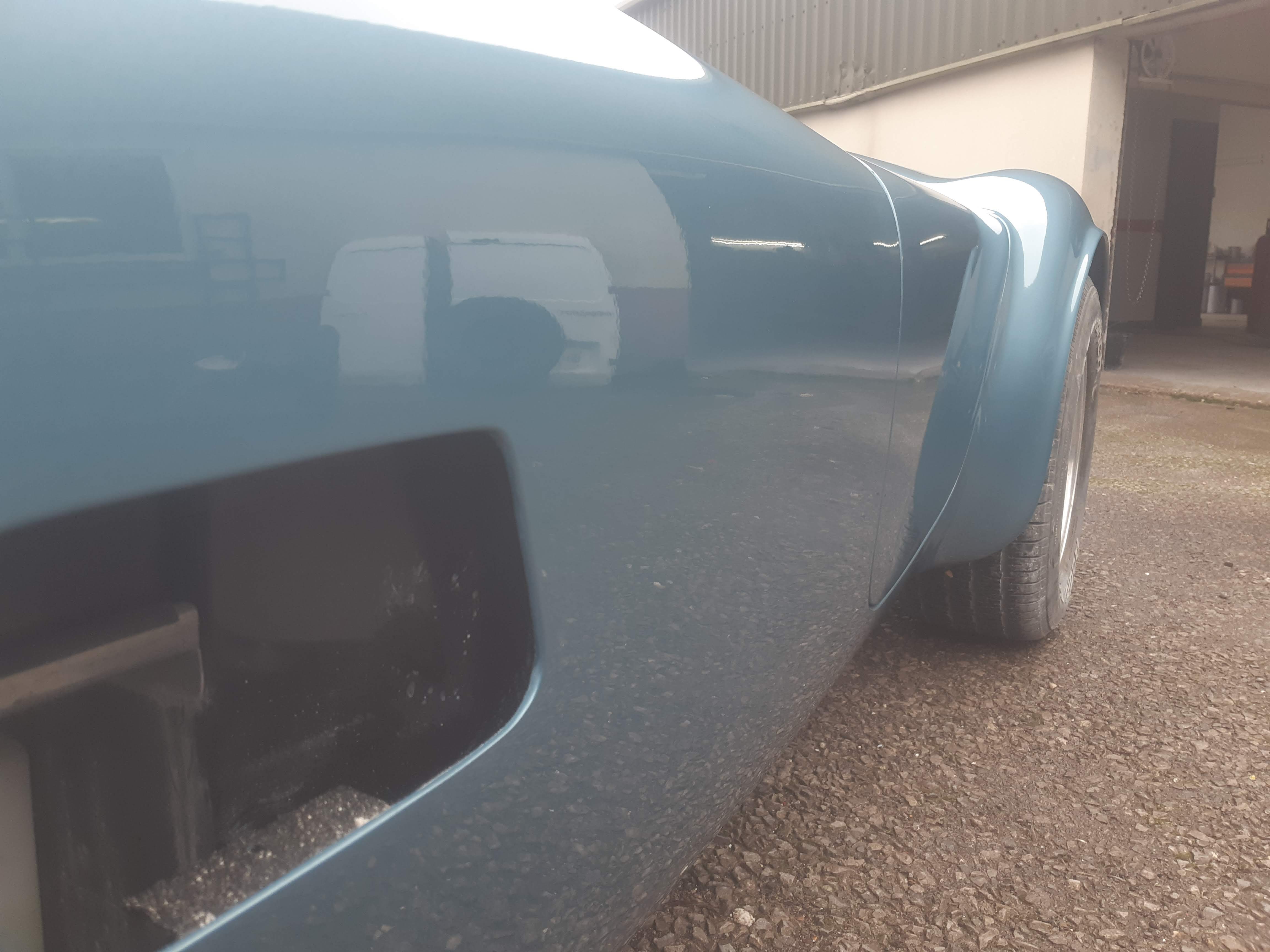 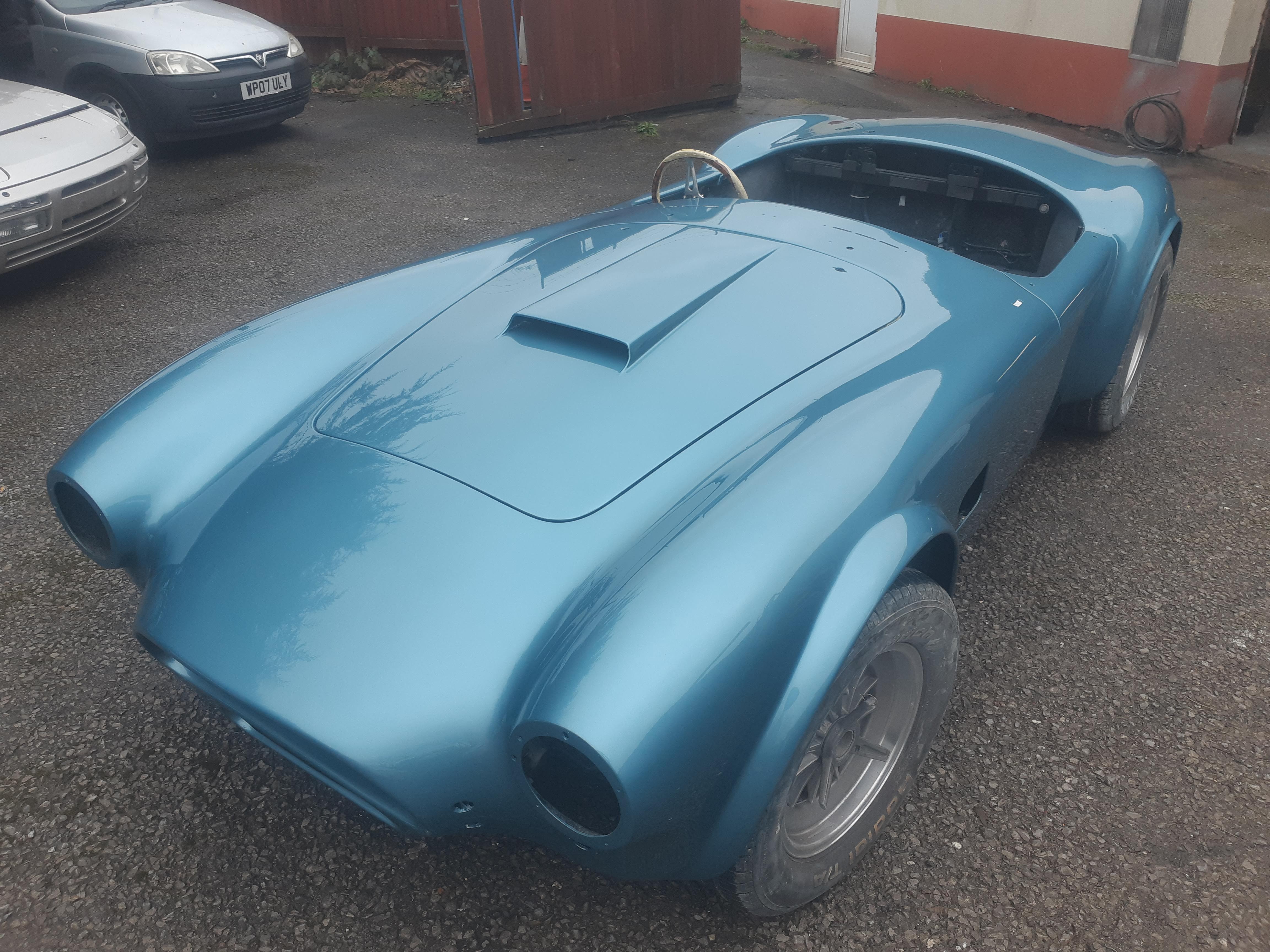 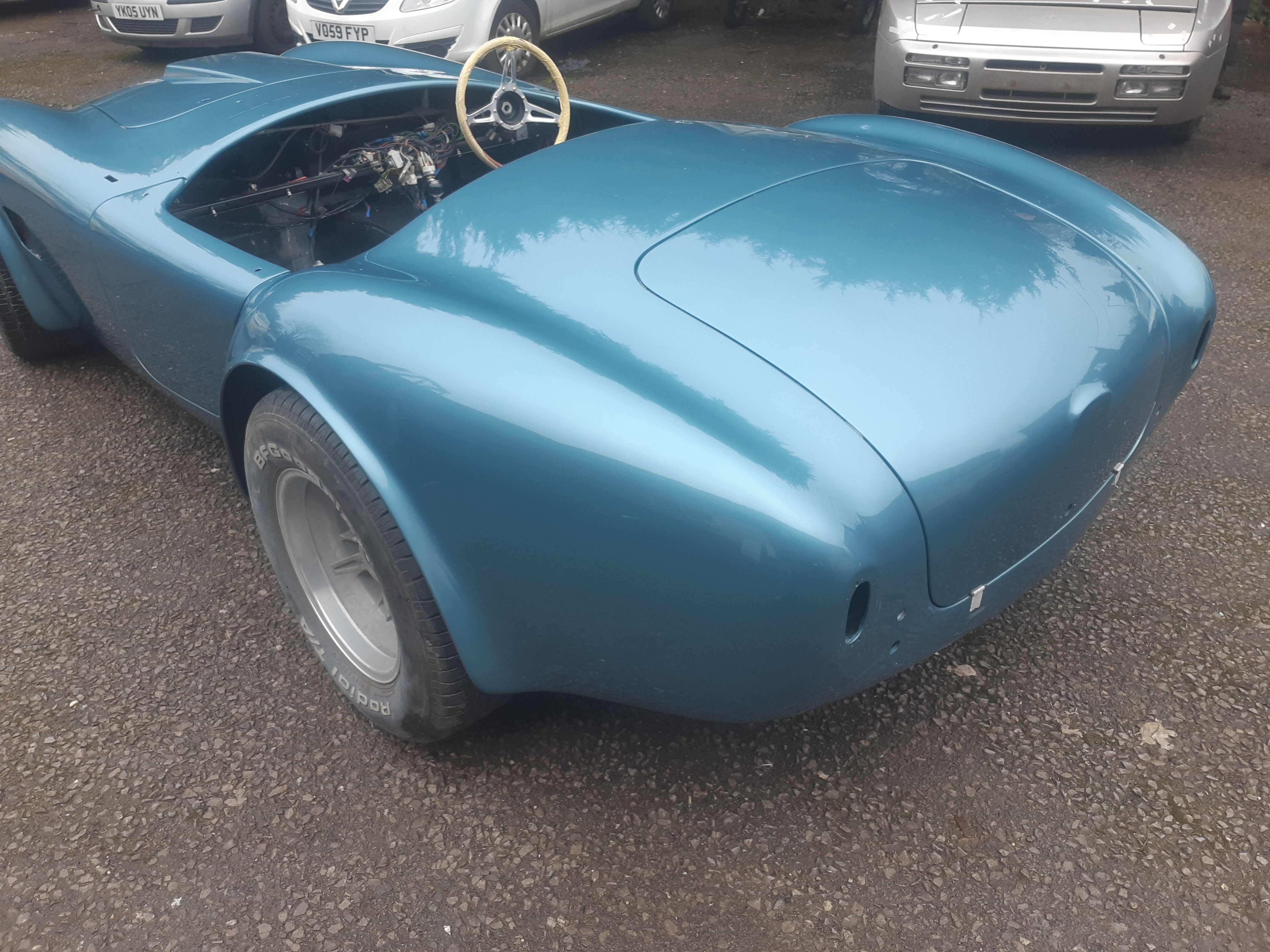 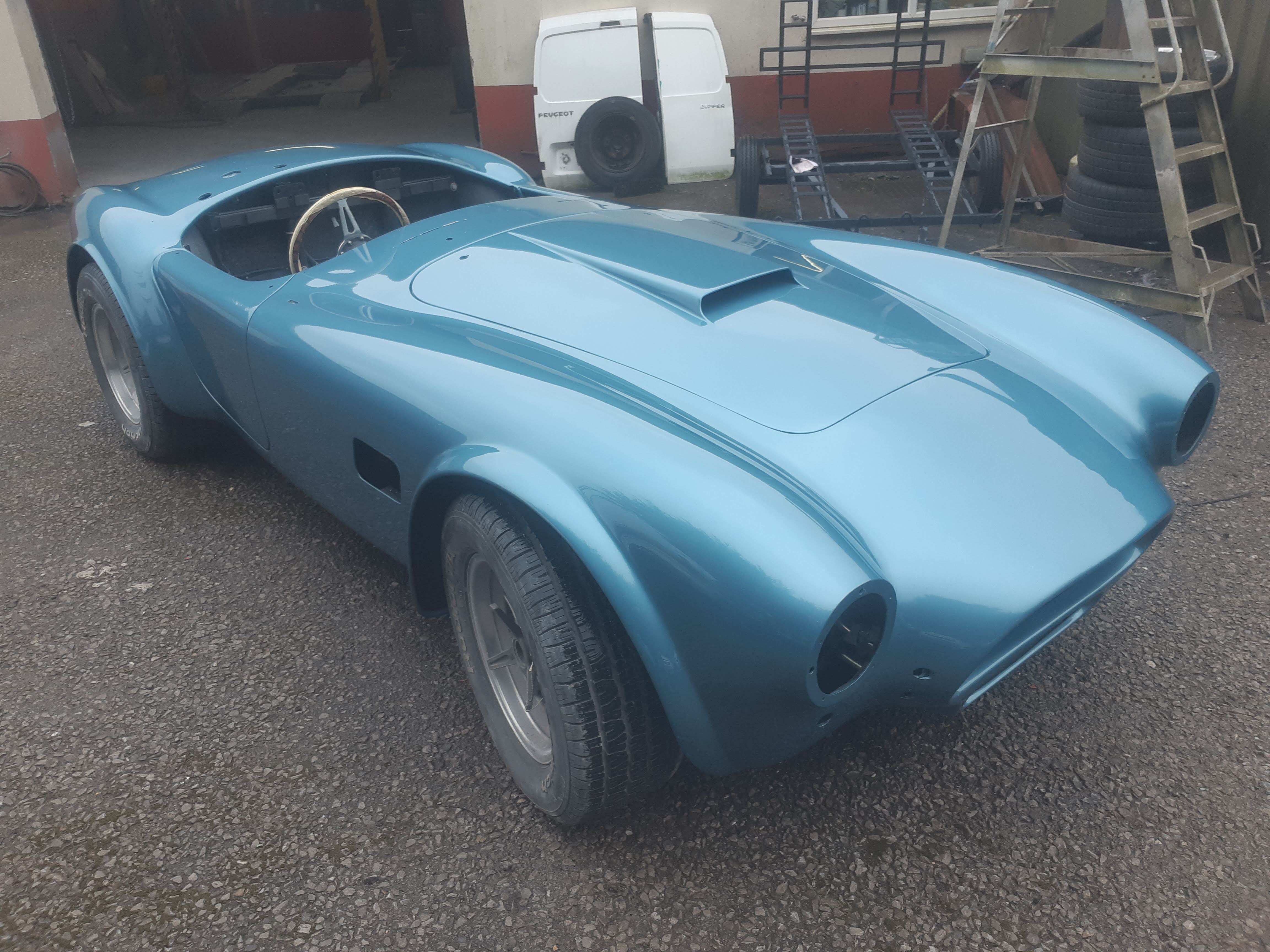 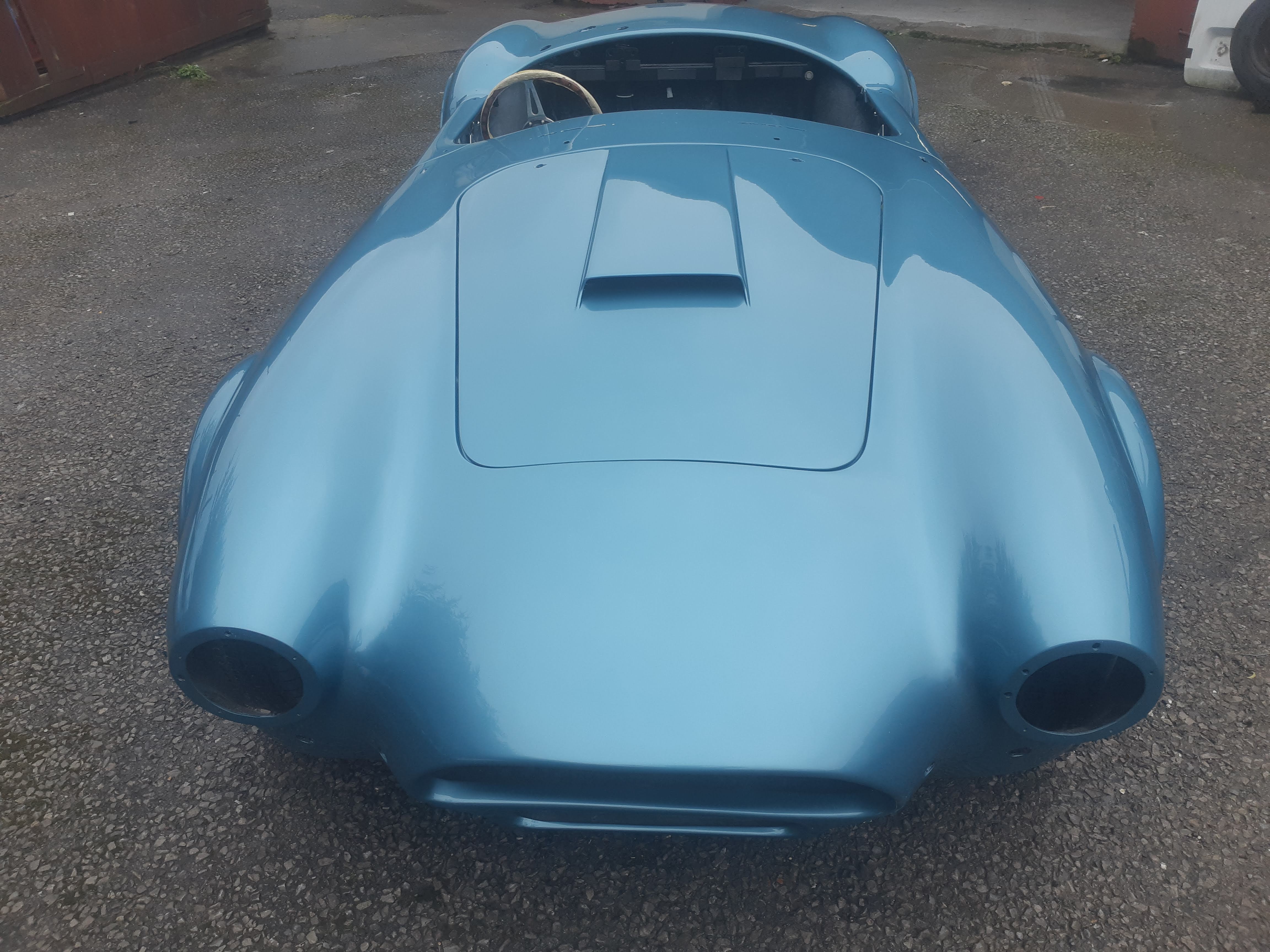 Very nice. Love the reflections.
I note that you have a more authentic bonnet bulge too. Mine is a fake riveted on version.
Peter C
Top
Post Reply
15 posts